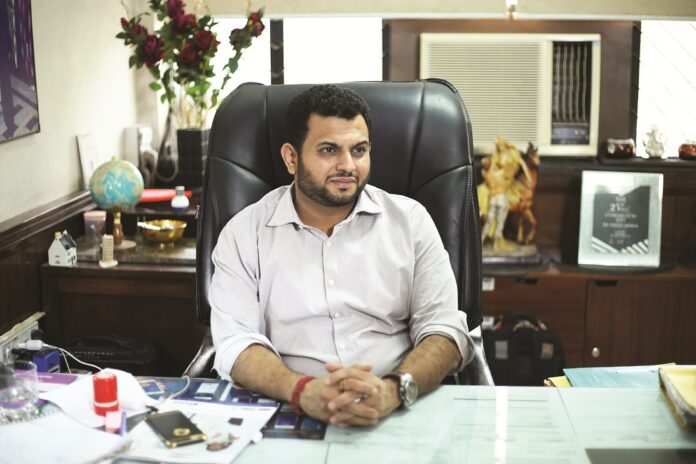 Locks and security solutions major Harrison is working on a three-pronged market strategy to increase its channel network. In an exclusive interaction with Sourcing Hardware, the company’s managing director Umang Monga stated that the aim is to double the distributor count by 2020 and take the dealer count to over a lakh. Monga explained that to achieve the goal, the company would be focusing on the existing network base, uncovered market areas and new markets.

“Our existing channel partners will be given access to service the unserved regions,’ said Monga. He shared that specific terms and conditions are being done away with or are being re-worked. ‘Our channel partners are our strength, and future growth will always be based on their support,’ he said. The second focus is on uncovered areas; he said that these areas fall between the territories of two-channel partners but remain unserved by either of them. “It’s like a no-man’s land. We are working to bring such areas under the coverage of our channel partners. Our forte is marketing, and we will continue to invest in building our distribution network.”

As for new markets, Monga is betting on the southern states. “We are fairly well-entrenched in the north, and it is time to increase the pie. While we do have a presence in other regions, it is not so significant. From now on we will be focusing a lot on the south and west, with special emphasis on Maharashtra in the west. These markets will give our growth the much-required impetus,” he shared.

Harrison, which is among the market leaders in locks category, has entered into new segments including hardware, security alarms and kitchen baskets. “We have expanded our presence deep into rural areas and semi-rural areas; the new focus markets will further strengthen our position in the industry.”

The company will be providing technical support, pre-buying as well as post-buying, to all its distributors. It is progressively working on building a credible network of service providers for installation. “We have divided the market regions into zones and, to begin with, we will have a three-member technical support team in each zone,” he informed. The technical support team will also participate in the consumer awareness campaign and interact with consumers. “We intend to turn the awareness campaign into a session wherein a credible solution is offered to a given problem.” A toll-free number has also been set up to provide centralised service to Harrison customers.

Alongside building a network of service providers, Harrison is deeply invested in skill development. ‘Through our flagship initiative Carpenter Pathshala, we have trained over 500 carpenters in the last one week,” Monga revealed. He shared that plans are afoot to take this skill development initiative to eastern Uttar Pradesh and areas bordering Nepal.

Apart from focusing on network strength, Harrison is creating its standards when it comes to product quality. “Government laboratories are approving our products, and a few have been selected for smart city projects. The onus lies on us to see that our products are of superior quality,” said Monga, adding that the company’s quality-control team also assists its OEM customers.