HomeRealtyReal Estate Vs the Environment – Who’s Winning in India?
Realty

Real Estate Vs the Environment – Who’s Winning in India? 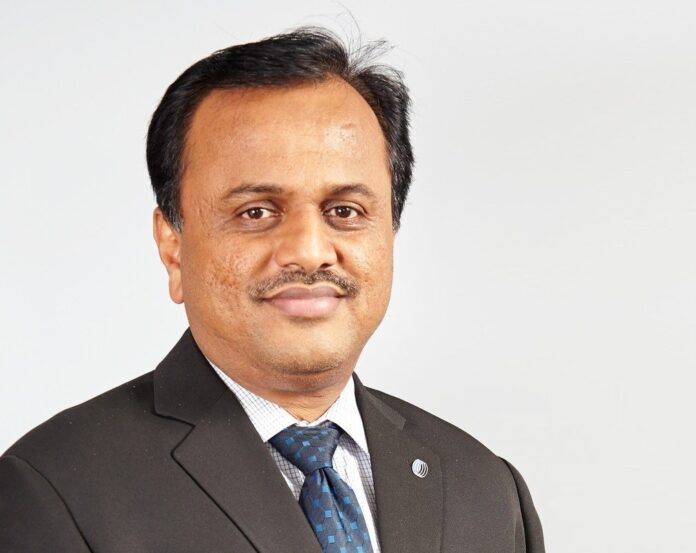 India, with its massive and ever-growing population, is witnessing rapid economic growth. Real estate development in terms of large infrastructure and industrial projects, including highways, rural road network and SEZs, are obviously a necessity to accommodate this growth. However, they also raise threats to biodiversity, as cities and townships are expanding at the cost of agriculture, which in turn relies on tree cover.

Simultaneously, the changing lifestyles of Indians with rising incomes in both rural and urban areas place increasing demands on biodiversity. To find evidence of unsustainable lifestyles, we usually don’t have to look any further than our immediate neighbourhoods – or even own homes.

To bring harmony between development and the environment, Environmental Impact Assessment (EIA) was made mandatory in 1994 for various categories of projects – including thermal and nuclear power plants, mining and river valley and infrastructure projects. The EIA was further revised in 2006 to make it more efficient, decentralized and transparent.

However, even today, biodiversity in India faces threats from multiple pollution sources like improper municipal solid waste disposal, inadequate sewerage, excessive use of chemical pesticides and mercenary use of hazardous chemicals.

Real estate developers certainly have a role to play in moderating the detrimental impact of their construction activities on the environment. They have at their disposal advancements in technology which can accelerate the supply of ‘green’ buildings in the country. Solar energy harnessing, energy-efficient heating and cooling systems, waste and water recycling and rainwater harvesting must become the order of the day. However, the onus is not just on developers – it also falls on urban planners, architects, various Government bodies – and on end-users of real estate – to work together to achieve a better environment for future generations.

Mumbai – Housing for All at All Costs?

The Pros – No doubt, the unlocking of salt pan lands for affordable housing will ease the pressure of real estate development in areas in south Mumbai. Builders can now shift their focus on suburban areas like Malwani, Gorai, Mulund and Jogeshwari, where salt pan lands have been unlocked in the new DP.

Simultaneously, the Maharashtra Government intends to expedite environmental clearances in order to reduce real estate project delivery timelines of projects. On the surface, this comes across as progressive, since obtaining the requisite development approvals from various government authorities – particularly environment – has been a tedious process for developers.

Environmental approvals for a project could cause delays of between 12-14 months, increasing the input and other costs by as much as 10-12% for the developer. Obviously, these added costs are ultimately passed on to property buyers. It can, therefore, be argued that making the approval process less time-consuming will reduce overall construction costs and benefit not only consumers but also the entire housing sector, as projects get completed faster.

The Cons – Even if we disregard the environmental impact of such development, there is the question of safety. Considering the foundation of these fragile areas, developers will have to take extreme consolidatory measures and use highly sophisticated construction techniques to ensure that the buildings they erect are strong and safe for their residents. (We saw such measures being taken in Singapore, where the Changi Airport in Singapore was built on salt pan lands only after the buildings were given sufficient time to stabilize.)

Another critical aspect which involves both safety and environmental concerns is that Mumbai’s salt pan areas are shallow depressed regions that retain seawater. These areas are critically important for the city as they safeguard it from floods and one hopes fervently that the Maharashtra Government will take appropriate measures to protect the city and its people.

The city’s notorious land mafia is already eyeing these de-regulated areas with a view to exploiting them with its trademark disregard for environmental and security concerns.

However, the most pressing concern for a city that has been walking a precarious tightrope for several decades is the environmental impact of developing such critical and fragile areas.

The Indian real estate industry’s track record of self-regulation in environmental management has been dismal across the country. While some developers have taken the cause of sustainable development seriously, the norm is to flout the rules. For instance, despite the National Green Tribunal’s ruling to maintain a 75-meter buffer from the lakes in Bengaluru, nearly one-third housing projects in the city ignored the rules in some way or the other. Another example in the IT capital is the contaminated Bellandur Lake which, besides factory waste, has been a preferred receptacle for construction waste.

This means that India will be using up its natural resources at a possibly terminal pace. The numbers related to the usage of natural resources in construction are daunting. Besides using precious water and energy, Indian cities generate massive amounts of waste. Buildings in India use up 40% energy, 30% raw material, 20% water and 20% land-use. Simultaneously, buildings generate 40% carbon emissions, 30% solid waste and 20% water effluents.

With almost 70% of the building stock yet to come up, India is staring at a rather bleak future for its environment.

What Needs to Change?

The major task of India’s local governing bodies is to make their cities more inclusive, resilient, safe, and sustainable in the long run. This primarily involves implementing environment-friendly green technologies in infrastructure facilities (among others), keeping in mind that the idea behind green infrastructure is not just economic benefits but ecological harmony.

This is not impossible if enough political will drives such a mind-set. Cochin airport is India’s first airport to run completely on solar power. Recognized by UN this year, its solar plant can produce 18 million units of power annually. The airport has technically been made absolutely power neutral.

Some Indian cities are also implementing transit-oriented development for future-ready urban centres. This is done by reforming land-use regulations so that developers are allowed more latitude to construct mixed-use developments and higher-density developments where appropriate.

However, this is far from enough. While the government has laid down several rules with respect to maintaining ecological balance, the respective local authorities need to ensure that these rules are implemented on the ground. They need to weigh the economic impact of a particular project versus its ecological effect, and cities must be built as per geographical requirements. For example, Chennai, which has a hot and humid climate, can do away with air-tight glass buildings and instead opt for more traditional Chettinad homes with big verandas for sufficient cross-ventilation.

While technology helps real estate businesses gain a competitive edge, many Indian construction firms shy away from it for no better reason that change aversion. The same holds true for end-users of real estate. Many multinationals in India – and not a few domestic corporates – insist on occupying Grade A sustainable office buildings.

Naturally, demand follows supply and though there is a huge deficit of such commercial premises in the country, leading office space developers are very much focused on deploying Grade A buildings. However, sustainable office buildings are definitely not the norm in India as yet. When it comes to green housing and sustainable infrastructure, the deficit is even bigger and the much larger issue of sustainable urban planning is an even rare phenomenon.

It is high time for a change. In the future, Indian real estate development needs to increasingly focus on creating sustainable communities with increased residential density, integrated transportation and land-use, car-free areas, locally-owned stores, walkable neighbourhoods, and accessibility. However, it all begins with a fundamental change in perception – not only among those who develop sustainable real estate but even more important among those who use it.