Opinion: 2019, A Year of Hope and Despair for Real Estate 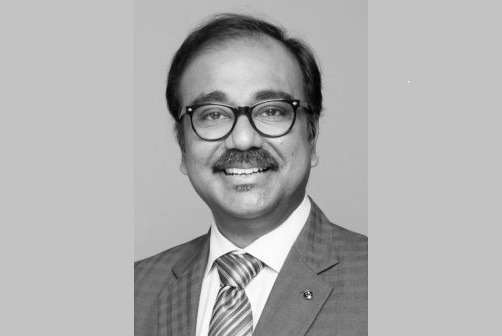 While the office and warehousing segments are going strong, the lagging residential space will make a slow comeback in 2020

The year 2019 has been a tale of hope and despair simultaneously for the real estate sector. While it witnessed the successful launch of India’s first REIT, opening up new avenues for further investments, commercial office space continued to be the most sought after asset class. On similar lines, warehousing and retail sectors were the next favourites for investors. However, the challenges faced by the residential sector are far from over. The ongoing NBFC debacle and resultant liquidity squeeze and the slow pace of recovery in sales affected by overall economic scenario have added to the woes of the sector. The sector saw some hopes of recovery as the government stepped into to solve the liquidity issue. Overall it was a year of recovery and recuperation.

The year 2020 is expected to infuse growth in the sector. Like the year 2019, commercial office space will again lead, followed by retail and warehousing. On the other hand, the impetus given to the residential sector is expected to yield positive results. The special opportunity fund created by the government is likely to help the completion of stalled projects, thereby improving the buyers’ sentiment. More commercial REITs are likely to be listed as well in the coming year. More private investments will come in and consolidation, mergers within the space are likely to continue.

This said investments in the residential segment are making a slow comeback in the form of long-term capital commitments with reputed developers at the entity level. This proves long-term optimism in the sector. Residential segment is sentiment-driven and we believe that with the economic sentiment coming back or the economic GDP growth rate falling in place, the implementation of RERA will be done effectively in most of the states. While sales are happening mostly in the ready-to-move-in projects, the delivery of the projects is on par with the expectations of buyers.

However, projects by reputed developers in good locations with proper pricing are getting a lot of attention from buyers. Hence, reputed developers with good track records continue to perform. Affordable housing is still the favourite of masses and the demand is high for this segment. As a result, the segment has been moving on at a steady pace. Luxury and premium markets are yet to come back.

We don’t see much of traction in the primary residential market and it will take another year to see the residential sector registering substantial growth. Till then we will be hovering around with a modest growth rate or maybe just clocking the run rate that we clocked in 2018.

Office Market: When it comes to the office market, it’s moving from strength to strength. This time also we will see good net absorption across the top seven cities. We strongly believe that we will comfortably cross the 40 million square foot mark in net absorption in the top seven cities. Even though the co-working segment has faced some disruption globally we continue to witness a lot of traction this space in the country. In terms of supply, some smaller cities have shown a lot of promise.

A case in point is Hyderabad, where we see equal supply coming in comparison to Bengaluru which is the largest market in India. But those supplies are majorly supported by pre-commitments which refer to the existing demand. So, in the very short-term we may see a slight increase in vacancy in cities such as Hyderabad where supplies are coming in good quantum.

Capital Markets: Investment momentum has taken a breather in the last quarter post a few major deals in office space. The uncertainty of the banking crisis continues to impact the investment climate in the country. The residential segment with stalled projects worth $66 billion is likely to provide an opportunity to invest in this huge pool of stressed assets. 87 cases of real estate sector are undergoing liquidation under bankruptcy law as on 30 September 2019.

Institutional investors are always very keen and the office market is a significant part of the investment. We believe that this trend of office market will carry on even in 2020 and a lot of options and opportunities are coming up. With India becoming a relatively much more transparent economy, foreign investors are showing interest. We believe that this sector will remain as robust as it has been in the last couple of years.

The author is a chief economist and executive director of research & REIS at JLL. The views are his own.