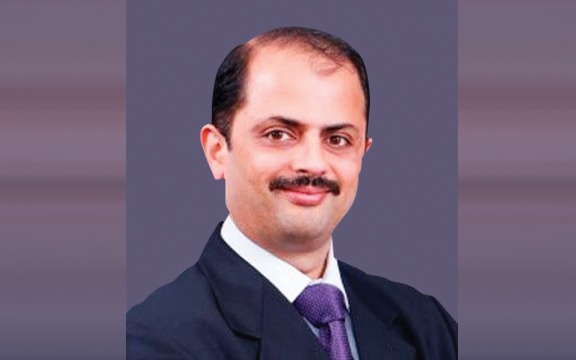 The whole buzz around green homes these days comes partly from government’s initiatives and commitments, and partly from end-user awareness about the dire need for such solutions. However, even outside of the green mindset, the increasing pressure of urban realities is causing some of this demand.

Water shortage has made processes like rainwater harvesting crucial and most state government have now made it a compulsory feature for new housing projects. Urban pollution is pushing the demand for more green and open space.

Nevertheless, the green way of thinking has not caught on enough at the grassroots level. The demand for green homes is still too scarce to induce a paradigm shift in how most developers design and build housing projects. For now, the buzz doesn’t have enough bite.

Despite increasing awareness, most of the demand for sustainable buildings currently comes from consumers of commercial real estate, mainly because a vast number of MNCs now insist on the kinds of sustainability features that only Grade A office buildings put on the table.

If we consider numbers, the Indian Green Building Council (IGBC) started with a modest 20,000 sft green built-up area in the country in 2003. By the end of 2019, IGBC reported that there were more than 5,723 green building projects registered under it, coming up across the country and accounting for over 7.09 billion sft area.

Why do Buyers and Developers Shy Away?

India’s green housing movement had its roots in the country’s IT/ITeS boom years when premium housing was the preferred housing option for many. In those years, green housing projects became a kind of status symbol which proclaimed purchasing power.

During this period, the demand for green homes was being closely correlated to the performance of the Indian software industry.

Of course, today, this demand is no longer confined to the IT/ITeS industry. However, in the current environment of highly constrained job growth across sectors – including IT/ITeS – the demand for inherently expensive green homes is quite low.

Price is always a critical factor for first-time homebuyers, and even today, most of them would prefer not to shell out anything more than is necessary. In short, green housing is still something of an elitist concept and option in India, rather than an imperative.

The price difference between certified green homes and non-green homes is significant for budget-conscious first-time homebuyers. Green homes are at least 10-15% costlier depending on various facilities and factors.

The fact that, in the long run, a green home results in 30-40% savings on energy and water bills does not cut much ice.

The higher costs involved in developing green buildings are a deterrent for many developers, as increased costs must be pushed on to the buyers.

Because of the price factor, the current demand for green housing comes more from financially settled buyers rather than from first-home buyers. For them such a price difference, for what is essentially the same amount of space, makes a considerable difference.

Also, a significant number of green home buyers show interest because they have travelled extensively and have seen sustainable housing first-hand in other countries. This again implies their superior purchasing power.

Though the government has given considerable emphasis and incentivisation to sustainability features in contemporary housing, its greatest push is still towards affordable housing.

Sustainability and affordability do not fall on the same end of the pricing spectrum, and developers are more focused on creating affordable rather than sustainable housing.

This will change, and it already has changed to some extent. Many developers focus exclusively on integrated townships which are conceived firmly around sustainability concepts. Others have based their very brand positioning on green housing and do get a lot of interest for their offerings.

The challenge before the industry and the government is to make sustainable housing affordable – and so far, this code has not been convincingly cracked. The problem not only lies in the more expensive features of green housing but also the very perception of such housing being essentially premium, and therefore out of reach.

Our Environment is Paying the Price

There are options for developing land and buildings in ways which are less harmful to the environment. Sustainable development has a much lower site impact from the very design level onwards and throughout the building’s lifecycle after construction.

Concepts like scientific waste management, climate control, wastewater treatment and energy preserving features are baked into a genuine, certified green housing project’s DNA. Sustainable buildings take into consideration their occupants’ health as well as the health of the environment around them.

However, such concepts must be applied right from the pre-construction phase to the impact of the building after its construction.

Currently, sustainable construction practices are very cost-intensive. In an environment where the cost of construction – and therefore cost to the consumer – is a major concern, many developers will shy away from the added costs and compliances of green building practices.

It is pertinent to note that since energy and mass cannot be destroyed, no construction process – however sustainable – can be entirely free of environmental impact.

It is no accident that the Delhi-NCR construction ban did not make an exception for green building construction, as the construction process always involves a certain amount of natural resource consumption, emissions and effluents and air pollution.

How Can This Change?

The government has given a significant push to less environment degrading automobiles. Increasingly, entire generations of automobiles are being mandatorily phased out to give way to better, cleaner ones.

While one cannot phase out buildings just because they were built in less environmentally aware times, there can be a policy push towards retrofitting older buildings with sustainable features like rainwater harvesting, wastewater treatment facilities and solar panels. Simultaneously, the policy approach towards newer constructions can be hardened to make such features mandatory.

Interestingly, while older residential buildings were not built with the environment and today’s urban pressure in mind, they were often more sustainable than newer constructions. The practice in previous times was to source construction materials locally, and the designs themselves had a lower environmental impact than many newer housing projects.

Currently, the prevalent practice is to emulate global building designs. This involves the use of lots of glass and metal – rendering many modern structures heavily dependent on air-conditioning to maintain bearable internal temperatures.

Another means at the government’s disposal is making the entire chain of green building technology more cost-effective via import and manufacturing exemptions. Developers who rushed to affordable housing despite their previous market positions for luxury were significantly motivated by substantial incentives given for creating affordable homes.

Such a policy, if backed by hard targets on the lines of Housing for All by 2022, can attract more developers to sustainable development.

Buyers of green homes can also be significantly incentivised, much along the lines being used for the use of electric cars. Property tax exemptions for green homeowners can be raised from the current nominal savings to a substantial and impactful degree.

India’s famous Paris pledge was to drastically lower and reduce the greenhouse gas emission intensity of its gross domestic product (GHG emissions/unit GDP) by 33-35% per cent over 2005 levels by 2030.

If we consider that the country’s GHE accounted for 6.5% of the global total in 2004, this was a massively ambitious target to set. Real estate development and consumption must be factored into meeting this target, or the country will not be able to honour this commitment.

The author is director & head – consulting, ANAROCK Property Consultants. Views are his own.