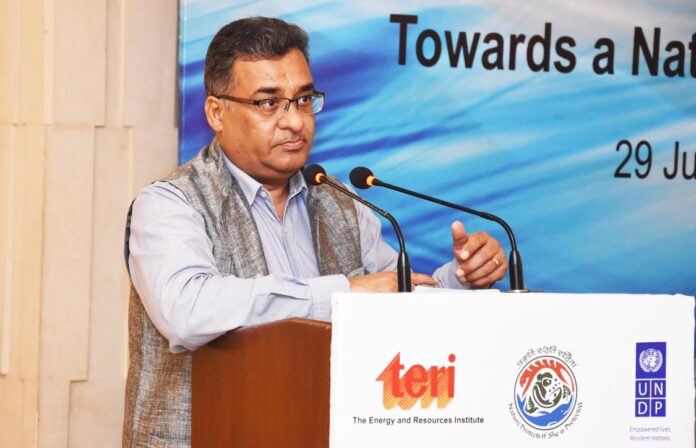 About 60% of India’s population is tipped to reside in urban areas by 2030. The country will have to build between 70 crore and 90 crore square meters of residential and commercial space a year until 2030 to put up with the population. This has led the government to launch three flagships programmes: Atal Mission for Rejuvenation and Urban Transformation (AMRUT), Pradhan Mantri Awas Yojna (PMAY), and Smart Cities Mission. But urbanisation confronts, as the World Economic Forum notes, five significant challenges such as environmental threats, resources, inequality, technology, and governance.

GRIHA Council, a not-for-profit founded by The Energy and Resources Institute (TERI) with support from the Union Ministry of New and Renewable Energy (MNRE), has set out to mobilise talents and technology for an ‘integrated’ approach to sustainability for countering the challenges. The indigenous green rating body will organise a two-day summit on December 17 and 18 in New Delhi by bringing the best minds and forging the industry-academia partnerships during and after the annual event.

“Everyone is working in silos when it comes to building design, and then MEP consultants do their bit. On the contrary, all these people should sit together and discuss and give their viewpoints. Eventually, the outcome is the best in terms of resource efficiency, operation, and financing. What we probably lack today in the country is the interface between these people; they should be talking to each other. This is only possible if we have an integrated approach to sustainability,” says Sanjay Seth, CEO, GRIHA Council.

“Urbanisation is throwing up various challenges; one is of itself, besides the energy, water, waste, governance and environment. The format of our summit is interesting, as it will brainstorm on solutions for sustainable urbanisation,” he informs.

Seth says that he is looking at a scenario where the summit not only talks of the theme but also emerges as an outcome-oriented knowledge platform like the previous edition. “We had our first such collaboration last year when UNSW (the University of New South Wales), which is one of Australia’s leading research universities, approached TERI for joining hands in the field of research and the GRIHA Summit. We have collaborations with them in the built environment, low carbon living, PV, recycling materials, renewable, etc.”

Underscoring outcomes of GRIHA Summit, Seth says that the last year’s event fructified as the German Development Bank GIZ, TERI and UNSW had reached a tripartite agreement that witnessed knowledge exchange visits by bureaucrats from the various states, DG of CPWD, and regulators. Another outcome he points out “was the looking at reclassification of the climatology of cities. If one looks at the climate map of India, cities such as Pune and Bengaluru still have a moderate climate. This is no longer the reality as these cities now experience warm and humid climates. Despite the new climatic conditions, building designers are continuing to design by referring to records and have not evolved into the present scenario. In one of the exchange visits, Indian delegations had interaction with a UNSW researcher on climatology and presented a case for a relook. It is essential for building design practitioners to integrate these studies in the future built environment.”

(Sourcing Hardware is a media partner for the 11th GRIHA Summit)