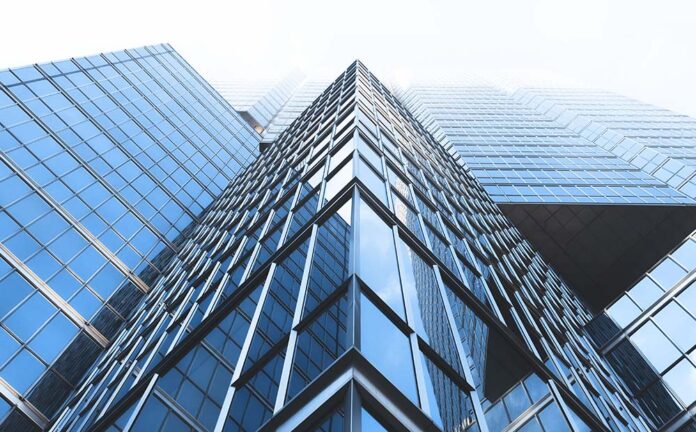 After the Reserve Bank of India (RBI) swung into action to preserve financial stability by announcing a slew of extra-ordinary measures on Friday, here is how the domestic real estate and allied sector reacted:

Mohit Goel, CEO, Omaxe Ltd: While the RBI’s move involving cut in the repo, reverse repo, CRR and SLR and thereby the infusion of abundant liquidity are need of the hour, it is now time for banks to rise to the occasion and pass on the benefits at the earliest before the negative triggers come into play. The moratorium on all loans and deferment of interest on all loans, including working capital, home and car loan EMIs are appreciable moves, we expect far-reaching benefits for all sectors in the times to come as RBI continues to monitor the situation closely.

Dhruv Agarwala, Group CEO, Housing.com, Makaan.com, and Proptiger.com: We welcome the RBI’s move to cut the repo rates and take steps to provide more liquidity in the system. This will go a long way in reducing the massive pain being felt in all parts of the economy and especially in the rate-sensitive real estate sector. By reducing repo rates by 75 basis points, reducing reverse repo by 90 BPS, infusing funds to the tune of 3.74 lakh crore in the banking system via various measures and by announcing a moratorium of three-months on all term loans including home loans, the RBI has shown its decisive intent to mitigate what could have been a severe economic fallout of the coronavirus pandemic.

Amit Modi, president-elect, CREDAI Western UP, and director ABA Corp: RBI’s fresh announcements will further provide relief to several Indians who have been forced to sit home in the wake of the novel coronavirus outbreak, but first all the banks need to make sure that there is a quick transmission of the announced rate cuts to the end consumer, else the whole effort will be futile. We also wholeheartedly welcome the 3-month moratorium on EMIs and this should be applicable right away to bring relief to millions of homebuyers across the nation. We feel that RBI and the government should proactively make sure that these benefits reach the end consumer, especially now that there are 100 basis points cut in the cash reserve ratio to ensure sufficient liquidity in the system.

Ashish Bhutani, CEO, Bhutani Infra: Last time such massive cut in policy rates and liquidity infusion was announced during the financial crisis of 2008. This indicates the kind of disruption that Covid has brought. In this context, all measures that RBI has announced were warranted and we welcome the RBI move. From reduction of rates to infusion of liquidity to moratorium on loans, all will help both individuals and organisation to the cope up with the current situation.

Ankit Kansal, founder & managing director, 360 Realtors: The decision by RBI to slash the repo rate by 75 basis points will surely revive demand in real estate and contain the downside of risk of COVID-19 induced economic slowdown to a great extent. Many home buyers who could not buy during the current lockdown are expected to return, once the crisis will abate. In such times, increased liquidity will help further pushing ahead the demand.

Prateek Mittal, executive director, Sushma Group: Amidst the coronavirus outbreak, the governments, as well as various authorities, are doing their bit. In this quest, to jumpstart the economy, RBI’s decision to reduce repo rate cut by 75 basis point, the biggest repo rate cut till date, is a commendable move. With this the home loan rates will fall tremendously that will help to keep the realty sector afloat at this time of crisis. With such lucrative rates, we can expect a significant rise in the number of new buyers. The RBI’s also announce a 3-month deferment to the repayment of term loans. This announcement by RBI will further provide relief to several Individuals and corporates who have been forced to sit home in the wake of the novel coronavirus outbreak.

Vikas Garg, deputy managing director, MRG World: After cutting policy rates five times in the past one year, the RBI had been on a pause since December in view of high inflation. Banks should consider real estate as the priority sector as this sector along with its allied sectors/industries contributes handsomely to the GDP. Homebuyers should also get relief from the banks in the form of reduced EMIs which will bring in a situation prevalent in 2003-04 when rates were around 7%. If buyers will get such a rate then the real estate sector might see another boom, which will be good for the overall health of the economy.

Amit Raheja, CMD, Wealth Clinic: If benefits are passed on to the home loan seekers, we expect the market to take the pre-2007 trajectory. EMI burden has been making many people to defer buying homes and wait for the favourable conditions. After the current announcement by RBI, if banks bring down the EMIs then we expect a new windfall of buyers. The reduced EMIs will surely make the buyers to instantly look for the available options for their homes. We are expecting an increased number of enquiries in a few days and a good conversion rate.

LC Mittal, director, Motia Group: Like every other industry or sector, real estate needs liquidity and with the latest announcement by the RBI Governor, we are hopeful that banks will consider providing loans to the sector. We have to understand that the sector makes a good part of the GDP and contribute in a major way towards the economic growth of the country. In the present situation, the sector should not be left behind as any ill-effect on real estate will have a negative impact on the overall growth.

Vijay Verma, CEO, Sunworld Group: After the announcement made by the RBI Governor, it is up to the individual banks to pass on the benefit. It should not happen like earlier repo rate cut announcement where nothing was given to the home loan seekers. If we want to see the growth of real estate sector, which contributes significantly towards the GDP, then EMIs have to be reduced and the latest announcement has definitely given that opportunity to individual banks. Another important aspect is the increase in liquidity as the reverse repo rate has been cut by 90 basis points. Banks should use part of this money to infuse money in the real estate sector and consider it as RBI Governor has stressed upon the need to keep the credit flowing to the stressed areas of the economy.