India to be the Fastest Growing Major Economy: IMF 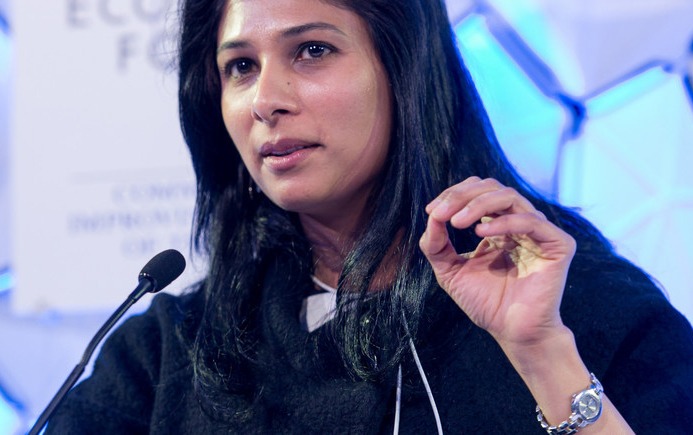 The International Monetary Fund (IMF) projects India to be the fastest growing major economy this year in a world plunged into a recession by the coronavirus pandemic, despite drastically slashing its growth rate to a paltry 1.9%. The World Economic Outlook (WEO) report released by chief economist Gita Gopinath expects India to rebound in the next fiscal year with a growth rate of 7.4%, more than the projected 6.5% in the January update, IANS reports.

The WEO presents a dark picture of the world with the global economy shrinking by 3% this year. It said, “It is very likely that this year the global economy will experience its worst recession since the Great Depression, surpassing that seen during the global financial crisis a decade ago. The Great Lockdown, as one might call it, is projected to shrink global growth dramatically.”

It also carried the caveat: “There is extreme uncertainty around the global growth forecast. The economic fallout depends on factors that interact in ways that are hard to predict.” India and China, with a projected growth rate of 1.2%, stand out with their pluses in a sea of minuses on the WEO chart of growth projections. The developed economies, projected shrink by 6.9%, bear the brunt of the downturn. The US economy is to shrink by 5.9% and the Euro area by 7.5%, according to the WEO.

The report cut India’s growth rate for the last fiscal year to 4.2% from the 6.1% projected in last October’s WEO and 4.8% in the January update. Even that is one of the best performances among large economies, exceeded only by China with a 6.1% and the ASEAN zone with 4.8%. In October it had expected the nation’s economy to grow this fiscal year by 7%, and in January it had cut it to 5.8%.