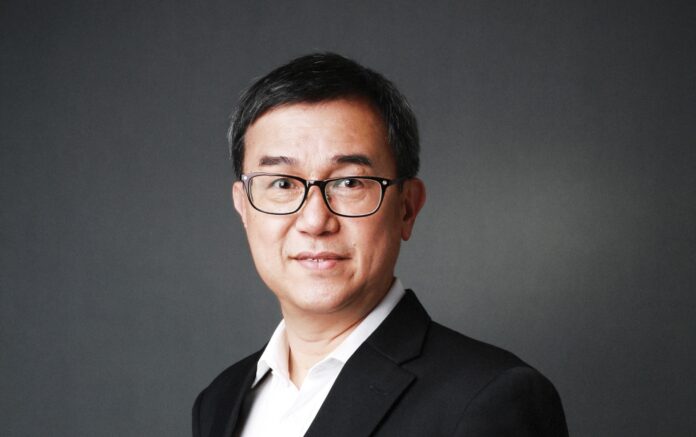 Jack Sim, WTO, wants people to show off their toilets to their neighbours

A world with a clean, safe toilet for everyone, everywhere at all times. This is the bold vision that Singapore-based Jack Sim framed for the World Toilet Organization (WTO), which he established in 2001. The ‘other WTO’ – as this non-profit advisory on human poop is often called – aims to break the deafening global silence on the taboo subject of human excreta. Jack Sim, founder WTO, seems charmed by Prime Minister Narendra Modi’s matching vision, of ridding India of the practice of open defecation by 2019. In fact, the intensity with which India is sorting its sanitation problem (the government has allocated over $40 billion to Swachh Bharat Abhiyan, while World Bank has given another $1.5 billion) is the reason why WTO is viewing it as a proverbial laboratory. In an exclusive interaction with ‘Mr Toilet’, Sourcing Hardware explores the dimensions of the problem and Sim’s understanding of it, and what needs to be done to make people start loving toilets instead of shying away from them.

You’ve lived in Singapore, which is a developed nation. Was there something about the situation in your country that motivated you to become an advocate of toilets?
Singapore is a developed nation today but when I was a child in the 1960s, it was a very poor country. We used the British bucket system for sanitation. It was disgusting, and we often had epidemic outbreaks like cholera. So I know how it was like living in such conditions. As Singapore developed, I also understood that it is possible for all developing countries to improve their quality of life just like we did.

By the time I was 40, I had made some money in business and was searching for a better meaning of life beyond money. So I started volunteering for social causes, and after a while, I realised that the best service would be for an agenda with the highest neglect.

So when my Prime Minister Goh Chok Tong mentioned that we should measure our graciousness by the cleanliness of our public toilets, it motivated me to take up toilets as my personal mission to improve the quality of lives of people. Next, I discovered that there were 15 toilet associations around the world without a headquarters. So I started the World Toilet Organization with them. Sulabh International of India was one of the early founding members.

The developing world is grappling with the issue of providing sanitation to the masses. Do developed nations have similar problems?
Toilets are a permanent fixture of human existence. As our quality of life improves, our expectations of toilet quality increase in tandem. While a woman in a developing country may be happy to have the safety of a toilet, a woman in the developed world will be unhappy with the five-minute queue outside the public toilet. The problems are not exactly similar, but the similarity is in the expectations of service and provisions.

What are India’s unique problems? Is the Swachh Bharat initiative the right way to address these problems?
See, poverty means that you prioritise your spending on food, housing, water, electricity and education first. The next in importance are clothing, TV, cell phones, etc. This prioritisation is also cultural. For instance, money for festival celebrations and religious rites might take priority over other essential items. So if open defecation is a norm in a society, then spending on building toilets is obviously not part of the priority.

In most countries, religions have taught that cleanliness is godliness. Also, human excreta are culturally accepted as good manure for agriculture in countries like China, and therefore having to collect this valuable fertiliser means that people must have a fixed place for defecation. But there is very little mention of this thought in Indian religions. Toilets are seen to be dirty and best kept far away from the house. In India, human excreta cannot be recycled as fertiliser due to many taboos. Besides, due to the caste system, the Dalits used to be the only ones emptying the toilets and maintaining the sewers. Is it any wonder that the adoption of toilets faces resistance in your country? Thankfully, we see that Prime Minister Modi’s charismatic drive for Swachh Bharat has set in motion a movement whose momentum is now irreversible.

What do you believe is coming in the way of expansion of toilet infrastructure in India?
The massive program of constructing 110 million toilets certainly means that we need toilets that treat the excreta properly and ensure that they do not pollute the rivers, lakes or underground water. But we also need to ensure that the well-water is not contaminated by pathogens from the twin-pit toilets leaking through to the underground water. If that were to happen, we will be faced with a new health crisis.

We need to recycle the excreta so that it becomes a resource and not a waste. This requires lots of public education on safe handling and treatment technologies. We need to also train cleaners and service personnel to ensure that the systems remain working. This is being done through the establishment of World Toilet Colleges in India.

Urban toilets in India remain in a sorry state despite municipal support. How can we build pressure on the authorities to shape up, and not consider public toilets as just sources of advertisement revenue?
Public toilets need proper management and funding either through a business model or government funding or a mixture of both. However, the training and attitude of the toilet manager and other workers is the key to success. The users also need to be inculcated in good social practices through environmental conditioning design. In China, tourist toilets have improved vastly over the last three years and this is a good example of how to manage public toilets. Once people start to enjoy wonderfully clean toilets they’ll come to expect this experience everywhere. Expectation drives demand that drives supply if we can do this efficiently.

At the WTS 2018, you have spoken ardently about making toilets fashionable, of course with the purpose of building a sustainable habit. What specific actions would bring about this trend?
Humans decide emotionally and justify their decisions rationally afterwards. Therefore, the fastest way to change mindsets is to change them emotionally by making toilets fashionable. In a slum or village, individualism can be seen in colourful sarees and the rangoli on floors and walls. We can create a Beautiful Toilet Contest and get people to win prizes by showing off their toilets. This comparison will drive jealousy, which will drive the keeping-up-with-the-Joneses syndrome or FOMO (fear of missing out). After people build toilets and beautify them, they’ll justify their action by saying it is for their health and hygiene.

The WTO has set up World Toilet College in Aurangabad and Rishikesh and, as you say, more are being planned. What are the objectives of these institutes?
The sanitation systems being built in India will fail if there is no maintenance. We train and place thousands of sanitation workers, upgrade their skills, and save them from hazardous duties like sewer diving by equipping them with machines. If the toilets have to be sustainable, then people must be trained in the skills of design, cleaning, maintenance, management, policy, cost-benefit analysis, school hand-washing programs, construction, and treatment of excreta.

Can the generation and maintenance of toilet infrastructure be a sustainable business enterprise, independent of government grants and subsidies?
Sulabh International has proven that a profitable business is possible in sanitation. As there is now a government subsidy, many vendors are also entering the industry. In any case, we can’t be thinking of doing away with government investment in this area. If governments don’t manage this sanitation crisis, they will have to pay much more towards public health and medical expenditure. Therefore, it is wiser that governments are involved in mitigation of diseases by preventing them because prevention is always cheaper than the cure.