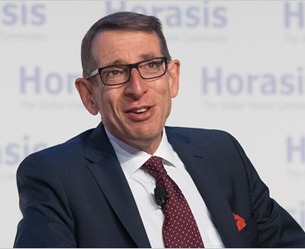 Entrepreneurial success should not be generalised; successful entrepreneurs, by definition, are exceptions and it’s the media that turns them into demi-gods

We are persuaded by the media that young and beautiful (or handsome for the men) is best. It is said they are ‘the tops’ and we ought to desire their positions if we are young, or be wistful if we are older. Bollywood is a supreme example – ‘cult of the young’ spreads into our beliefs about successful entrepreneurs with their bright ideas who become millionaires by their twenty somethings. So what are the characteristics of entrepreneurs in India? The data survey firm Xeler8 of New Delhi finds the Indian tech-entrepreneur to have a median age of 28, but not getting funding until he is 32, is generally male (91%), not graduating through the Indian Institutes of Technology, yet many have post-grad degrees or MBAs, with 11% having doctorates. Not graduating from an elite school does not seem to be a hindrance, and they innovate across all sectors.

Curiously there seems to be little correlation between the founder’s age and the capital raised. According to Randstad Workmonitor global survey, 83% of the Indian workforce would like to be an entrepreneur (globally this figure is only 53%). The recent drivers of this sentiment are the greater perceptions of a stable work environment, the raising of FDI caps and the clean-up effect of GST. Plus there are the pan-Indian initiatives like ‘Made in India’ or ‘Digital India’ which stimulate the ambitious.

However all is not equal across India, as Bengaluru seems to have the youngest set of entrepreneurs, averaging 27 years (with 11% being female) according to a survey by Compass, a San Francisco consultancy, with Kuala Lumpur second at 30.5 years followed by Sao Paulo, 31.7 and Berlin at 31.8 years. Some of the age effect in India must be attributed to the overall young democratic profile (median age is 25, which is below the global population’s median age of 26.4 years). These innovators reflect the general demand for on-demand, Internet and social applications as well as services apps. The Compass survey found a huge disparity in software engineers’ salary between Silicon Valley ($118k/yr) and Bengaluru ($23.5k/yr) which might point to a huge attraction for continuing to bring software work to India.

But this is far from the truth for all Indian entrepreneurs – just consider the time-line of the CEOs who are famous and head well-known firms originating often in the US. These guys finish secondary school and go to a university or an Indian higher institute and afterwards move to the US to obtain a doctorate continuing into post-doc work – the years pass. They work for a friend or two and then branch out to float an idea looking for start-up cash and later a Venture Capitalist to inject more money. The successful entrepreneurs in the US according to an MIT study of 2.7 million founders over 2007–2014 have a median age of 45. In Europe founders are slightly younger, aged 25–34 of which 15% are female; while in India we see the average technology entrepreneur is aged 27–29 yet has to wait until he is 32 before his firm gets VC funding. India, rather like Silicon Valley, is heavily male dominated – less than 9% are women.

Another survey, the 2017 Kauffman Index of US start-ups, notes a very high percentage of founders have Asian backgrounds – either as recent entrants to the US or as Nth generation US family members. The report reveals that 33% of all immigrant-founded companies in the US have Indian founders, more than any other minority ethnicity. Manu Rekhi of Inventus Capital Partners, an early stage VC partner firm in Silicon Valley who himself hails from Bengaluru, notes the successive ‘waves’ of Indian origin leaders began in the early 1980s; and by 2012, while comprising less than 1% of the US population, Indians founded 8% of all American technology and engineering start-ups. He notes that the well-known (Indian-headed) firms provide huge work opportunities in America, and their firms contribute greatly to the wealth of the US.

This opinion piece is considering ageism and entrepreneurship – finding the innovators are not all young people inventing apps in their bedrooms; and successful entrepreneurs are relatively few. We have to note, and be aware of biases in sampling of entrepreneurs, in India and elsewhere. They appear enticing, but entrepreneurial success should not be generalised. Successful entrepreneurs, by definition, are exceptions – the media turns them into demi-gods and we all believe our ideas can allow us to rest with them later, basking in their Elysian fields.

But importantly, although a nation depends on new ideas, perhaps it is contingent more upon having a strong government and an administration with years of experience of politics and of guiding citizens to the right course. Prime Minister Narendra Modi has a tough task in guiding his government, though he has, like a successful entrepreneur, years of practice behind him plus good advisors as colleagues and staff. This is clearly a need at the present time when the Turkish lira contagion is strongly affecting the bourses of developing nations – and India is the trap of being further advanced than ‘developing’ but does not have the depth of resources of a ‘developed’ nation. It is at times like these that India most needs all its bright entrepreneurs to be in India helping its growth directly.