Why Invest in Kitchen Business 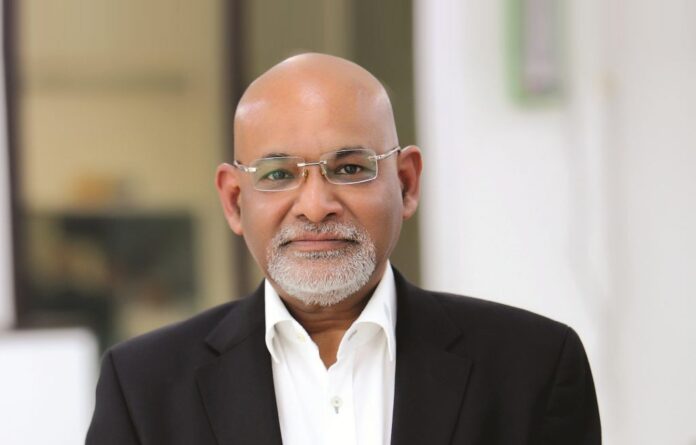 Hettich India’s chief A K Goel is a keen observer of trends and market dynamics. He believes that the role of design professionals in today’s increasingly personalised economy is going to become more critical than ever. More significantly, it is the business model of furniture and kitchen manufacturers that is going to be affected

In an exclusive interaction with Sourcing Hardware, Goel explains how the business environment is transforming, why invest in the kitchen business, reasons for making in India, imperatives of scaling up, and what would be the likely fallout of ongoing global trade wars.

At the macro level, the home improvement and modular furniture space look fairly attractive. Generally speaking, there is a direct relationship, though not proportionate, between per capita furniture consumption and per capita income of any country. Since India’s GDP as well as per capita income are on the rise, the furniture industry will be on a growth trajectory for several decades.

Secondly, in the Indian context, furniture and home improvement segments are in a transformational stage. Consumers prefer convenience, aesthetics and functionality as well as space efficiency. Emotion and ergonomics are the new buzz words with regards to furniture, home as well as office. Exposure to the western world, limited time availability, and convenience are driving the growth of modular furniture. While the furniture industry as a whole is estimated to grow at 6% per annum, the growth of the modular category will be in excess of 15%.

The modular kitchen industry is an attractive investment proposition for several reasons. The kitchen accounts for about 40% of the total spend on furniture in any home on an average; the kitchen is a large ticket opportunity for any furniture maker. Food has always been an important element of our lives since ages and is becoming increasingly so for reasons of health consciousness and spending quality family time. By nature of the business, primarily due to customisation reasons, the kitchen is a negative working capital industry. Therefore it offers an excellent ROI for any enterprise. Furthermore, there are no inventory issues; goods are sold first and produced thereafter.

The debate over whether to opt for domestic production or source from a third country is inevitable. However, I strongly believe in promoting local manufacturing, more so when it comes to the modular kitchen industry. Kitchen is a highly customised product; you will rarely find two identical functioning kitchens, all the more in India as food and cultural habits are different in each state. Mass customisation is the basic rule for profitable growth and also for delivering value to the customer.

Moreover, complexities such as made-to-measure, individual choices and longer lead time for import make local sourcing a more viable option. Besides, the European industry is far removed from Indian kitchen requirements. For example, Indian cooking requires much stronger burners in the hob as compared to what is used in the West. Also, we prefer using cooking gas while Europe works on induction (electrical power). And then, servicing customers who desire boutique options would be a prohibitively expensive and time-consuming proposition. Therefore, in my opinion, import per se may not be a viable solution and kitchen will predominantly remain a domestic industry, though a small fraction of total demand may continue to be met by imports.

The Indian kitchen industry is in a nascent stage and is bereft of large players. Nobilia, in Germany, produces over 3,000 kitchens a day. No Indian company will reach that level in the foreseeable future despite our population being 15 times that of Germany. What we need is a significant investment in large manufacturing set-ups in order to scale up, if we have to be competitive globally. It is time that Indian modular furniture manufacturers do some serious thinking if they wish to have sustainable businesses. The giants like IKEA have opened shop in India, and are ready with their offerings. Indian manufacturers need to start strategising on how to achieve volumes. For starters, they should promote the concept of mass customisation and standardisation.

Also, the kitchen business is an end-to-end solution which involves installation. Therefore, an enterprise aspiring to export has to look at this aspect as well. Personally speaking, I do not see much scope for kitchen exports in the next eight to ten years.

The ongoing US-China trade war has varied ramifications. A few decades ago, it was globalisation; now countries are talking about restricting imports in the name of nationalism. The larger issue is of value creation at the country level. If it makes sense for a country to import for political reasons or financial support, there will be a favourable agreement between two countries, including concessional tariff rates. If not, then the trade will be restricted.

The current tussle between USA and China must be viewed in this context. Earlier, China wanted its factories to meet global demand, and its government helped local companies to keep their costs low by achieving massive economies of scale. Therefore, if restrictions are placed on Chinese exports in the form of higher tariffs, as the US is doing, Chinese units will be compelled to operate at lower capacity or work on smaller margins. The entire business model of the Chinese industry will start changing, and their focus will shift towards meeting local demand.

As far as India is concerned, the trade war presents an opportunity of sorts. India is well placed to attract more footloose foreign direct investment, as many multinational companies are looking for new investment destinations due to rising costs of production in China and the ongoing trade war. A high-level advisory group, set up by the commerce ministry to suggest measures to deal with the current global order, has advocated reducing India’s overall tariffs to benefit from the US-China trade war.

Earlier consumers preferred hiring freelance carpenters to produce their furniture on site. This trend was primarily driven by the needs of customisation as well as cost considerations. Today it’s an entirely different scenario. They do not have time to go to the market to buy materials and search for a good carpenter, nor the energy to supervise him. They can buy furniture off the self from large format stores like IKEA, Home Town and Pepperfry, or get it custom made in less than a month. They can even visualise the same through augmented realty well before it is delivered.

Secondly, consumers have tremendous exposure due to foreign travel or the Internet-enabled world. They want what’s available in Europe or America. They also want someone else to understand and visualise their needs, and offer them multiple solutions so they can pick one or two to meet their budget. The rush at IKEA in Hyderabad only confirms that consumer choices are changing for good. This trend will likely buttress the role of furniture manufacturers, interior designers, architects and interior contractors in the realm of home decor.