Building a Cadre of Woodworking Leaders 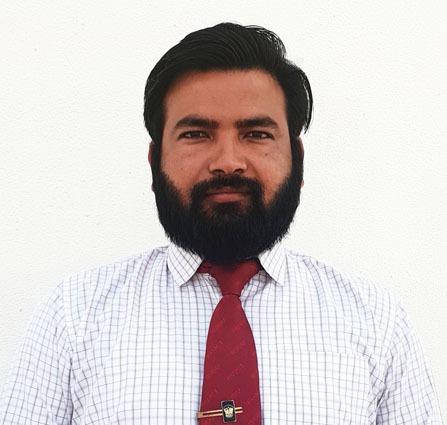 Indian education needs to focus on skill development rather than emphasising a theory-based curriculum.

India is the only country whose 53% of the population is under 25 years of age, making it the youngest nation in the world. While many nations are concerned about their aging population, India has youth power to take it places by leaps and bounds. But while we may boast of being the youngest nation which is undergoing rapid development and is ready to take on most of the jobs opportunities globally, things are not so rosy from an economist’s point of view.

According to a joint report published by Ernst & Young and ASSOCHAM, 67% of the Indian population falls in the working age group (15–59 years). However, 92% of the population is unskilled, what’s worse, we are adding 13 million youngsters to the job market every year, which is more than one million per month. Only 2.3% of the population is skilled, which is much less as compared to some of the developed economies including the UK with 68%, the US with 52%, Germany with 75%, Japan with 80%, and South Korea with a 96% skilled workforce.

The Indian unorganised sector employs nearly 90% of the working population, which includes the highly unorganised carpentry industry, or what is increasingly being referred to as woodworking. Carpentry has been one of the primary occupations of Indians since the dawn of civilisation. India is home to more than 250 commercial timbers, including some of the premium tropical hardwoods like teak, rosewood, padouk, red sanders, and sandalwood. However, due to a stringent conservation policy for forests, India has to rely on imports for its wood supply. In fact, the domestic market, which is 85% unorganised, has imported nearly 150 million cubic meters of logs in the current fiscal year.

ALSO READ: Plumbing Skills Council aims to Deliver a Plumber to Every 1,500 Persons

The demand for Indian woodwork is growing in Asian as well as western markets and opportunities are immense for domestic enterprises. According to the National Skill Development Council (NSDC), the Indian furniture and furnishing industry will witness a demand of 11.3 million skilled carpenters and skilled workers by 2022. The figures given by NSDC may seem exaggerated, but this demand can surely be met. However, there are certain issues which need attention on a priority basis, and one such hindrance to achieving the mark of 11.3 million skilled carpenters is our education system.

The problem with the Indian education ecosystem is that it is still based on the old age content delivery format (theoretically) where much of the emphasis is on clearing examinations rather than developing specific skills. Merely having a non-skilled degree does not guarantee a well-paid job, and that is the pain among youngsters when they have to roam here and there looking for jobs that can complement their degrees. The need for the hour is to flip our education system toward skill development, rather than just content delivery. However, one of the biggest challenges in skills-based education world over, and especially in the case of India, is that people acquire specific skills for specific jobs and then find it hard to move up the ladder to managerial or administrative positions, as has been witnessed in the case of the woodworking industry. Those who manage these positions are management graduates or engineers, and sometimes both have no formal training in how a particular woodworking skillset works and what value addition it has to offer to an organisation or economy. Thus skill-based education must incorporate training for managerial and administrative tasks so that carpenters have the same opportunity to climb up the ladder to these elite positions.

The School of Carpenter Skills under Bhartiya Skill Development University Jaipur offers Bachelor of Vocational Studies (BVoc), Master of Vocational Studies (MVoc) and PhD programmes in carpentry. BVoc is a three-year programme with six semesters, each with 30 credits, and is approved by UGC. This graduate programme is classified into the certificate, Diploma, Advance Diploma, and Degree in carpentry with multiple entries and exit system. The BVoc in carpenter skills is based on the Swiss dual education system, where odd semesters are operated in school and even semesters are in industries in the form of a paid internship. Assessment after each internship semester is done by a team having members from sector skill council, industries, and academics. This assessment ensures the skillset of the student that he has achieved during the internship. The School of Carpenter Skills maintains infrastructure with world-class woodworking machines and software, and training is controlled by a Swiss project manager and master trainers in carpenter skills.

The three-year graduation programme includes modules of hand skills, power tools, standard machines, CNC machines, assembly, fittings, design software, and CNC programming. Besides these operational modules, we have included general studies and some modules related to industrial engineering like product design and development, quality control and inspection, production planning and control, and operational management. These modules are milestones for a carpenter to get promotion from blue collar to a white collar job in woodworking industries. Admission is done twice in a year in December and June, based on entrance exam with eligibility criteria of senior secondary, or two years of ITI in relevant fields after secondary school examination. To deliver proper skill education, Bhartiya Skill Development University follows the ‘one man, one machine’ principal during the whole program with a limited intake of 30 students per semester.

MVoc is a two years programme with four semesters and with the same concept of Swiss dual education system. School of Carpenter Skills is associated with Furniture and Fittings Skill Council (FFSC) and many top woodworking companies in India as an academic partner. Our target is not to produce thousands of carpenters every year; rather we are keen to create leaders for carpentry industries every year, those who can lead various departments like planning, designing, production, quality, and R&D in any woodworking industry.