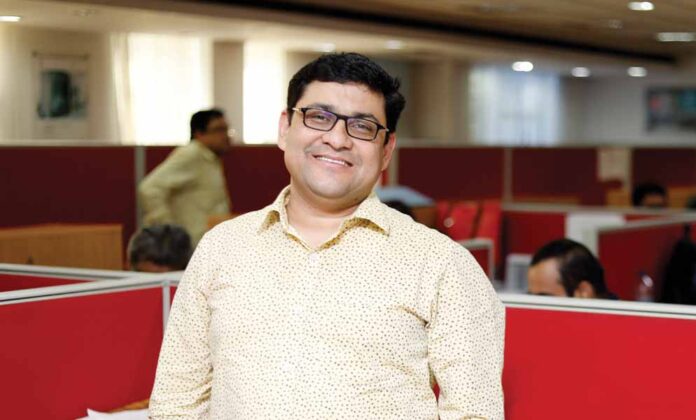 There’s a new kid on the kitchen and furniture fittings block. The newly set up Hettich subsidiary, HePo India, has entered the domestic market armed with three business verticals – screws and fasteners, built-in appliances, and engineered stones. A joint venture between Hettich Germany and Adventz Group (which is also partner in Hettich India), HePo aims to go where, philosophically, Hettich would not go. HePo India CEO Prashant Khandelwal (prashant_khandelwal@hepoindia.com)explained the game plan to Sourcing Hardware in an exclusive interview.

“Over a period of time, we will come up with a complete range of furniture fittings as well,” he shared, and this, he said, will help the company add more weight to its two business divisions – kitchen and furniture fittings. “Under the kitchen division our offerings will be built-in appliances and engineered stone, while for furniture fittings it will be screws and fasteners, and other product ranges that we may come up with in the future,” Khandelwal explained.

Evidently, HePo will complement Hettich in India in the latter’s quest to provide complete solutions under one roof. “We were already catering to OEMs and kitchen assemblers through Hettich, but were not providing solutions in entirety. Hettich would not want to compete with its own set of customers. However, given the business opportunity, a need was felt to deal in tradable goods such as built-in appliances and engineered stones, which we don’t manufacture,” he shared. “Though it is early days, in each business segment that we are operating, we see huge business potential. We are very ambitious and going forward we may create different companies for these verticals,” said

Khandelwal, and stressed, “As a company, HePo has the mandate to foray into new areas of business opportunity.” Sharing details of the furniture fittings division, Khandelwal said HePo is offering a complete range of screws for the wood working industry. “If you look at the screws and fasteners segment, it is an unorganised segment which is flooded with products that are low on quality and compete primarily on cost. HePo products come with the legacy and trust of the Hettich brand. The products that we offer are technologically superior, they have optimised tip geometry, better pitch and grip, etc.” At present HePo does not have its own manufacturing unit and sources the screws and fasteners from manufacturers in Germany and Taiwan. “Our long term plan is to get into their manufacturing in India,” he revealed.

HePo is marketing screws and fasteners under three brands,viz HePo, Hettich, and Heco. “Based on quality, usage and affordability, we have come up with the range under different brands,” he reasoned. HePo screws come with regular threads and are available in zinc and black. “We are offering the HePo range in retail as well as bulk packs, for industrial use,” he said. The Hettich range comes with saw threads and is available in zinc and SS401. “These are grip screws with magnetic properties, technologically superior, and aimed at the premium end of the market.” These too are available in retail and bulk pack. The Heco screws are made of hardened carbon steel, have better pitch, better grip, tip geometry is optimised, and require less torque for doing the job. “These can be used for hardwood and in coastal regions where rusting is a perennial problem.” The company has also introduced telescopic channels under its furniture fittings division, primarily to cater to the entry market segment. These are light weight channels with load carrying capacity of 25kg.

“We want our range of products to be present across the length and breadth of the country, and are working on creating a robust last mile distribution structure.” On one hand the company is focusing on distribution, while on the other it is focused on marketing the products and creating brand awareness. “We are conducting carpenter meets to create awareness as well as to create a demand for technologically superior products,” averred Khandelwal.

Within the built-in appliances business, HePo is marketing German appliance major Blaupunkt’s hobs, hoods, ovens, microwaves, dish washers, warming drawers, etc. In the engineered stone segment, HePo has entered into an exclusive tie-up with Dupont for its Zodiaq engineered stone and Corian shapes and sinks. It also offers acrylic solid surfaces under the brand name Montelli. Khandelwal says that in the premium engineered stone category, with 20mm thickness, there is no competition to HePo as others are primarily dealing in the 12mm segment.The company will be leveraging the Hettich network to place Blaupunkt products at outlets of dealers, distributors, kitchen assemblers, etc; and likewise for engineered stones.

According to Khandelwal, HePo’s distribution is not going to be limited to the Hettich network; it is on course to establishing its own network as well. “Being a marketing company, our business will be distribution driven,” he said, adding that the company will have premium dealers for all the business divisions. “At present we have over 100 distribution partners for screws and fasteners. We are appointing channel partners for other verticals too,” he informed. The dealers appointed by HePo will be exclusive. “The company intends to appoint a premium dealer in every state capital, and then going by market penetration the number could increase.”

For engineered stones, HePo currently has channel partners in Delhi, Jaipur, Hyderabad, Bengaluru and Mumbai. As for built-in appliances the company has been able to rope in partners in Delhi, Chennai, Hyderabad, and Coimbatore. “Given that the skills required for selling the two product categories are different, we need to be careful in selecting our partners. The same distribution partner may not be able to sellthe two different product categories,” he emphasised. HePo, he said, would like to associate with partners who have their own set of sub-dealers, can create own displays, and are of-course financially sound.

HePo’s products are presently being displayed at Hettich’s application and experience centres in major cities, but going forward it will set up its own exclusive showrooms and shoppes as well. Following recent participating at Indiawood and Index, Khandelwal confirms that the response from the trade has been very positive and the company is flooded with inquiries for channel offers.