Presence in the Dominican Republic is Strategic for Indian Businesses: Ambassador Castellanos 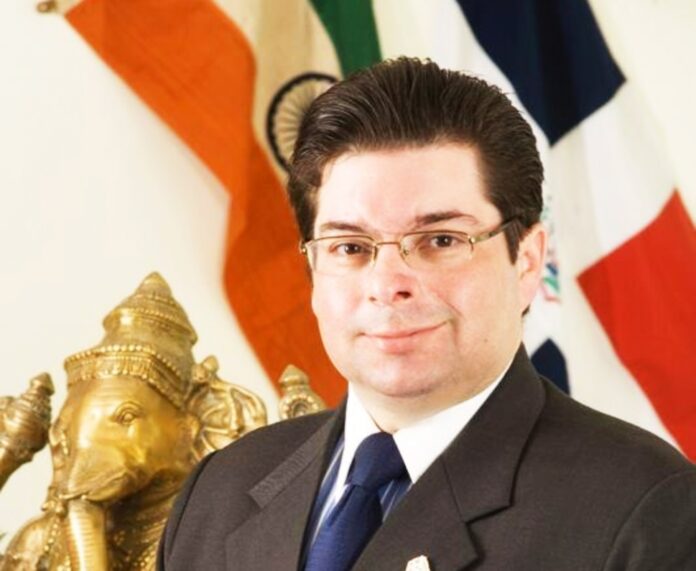 The Caribbean country Dominican Republic (DR), which attracts “seven million tourists a year” primarily from North America and Europe, is eyeing Indian investments for its hospitality and tourism sectors. It is also positioning itself as a strategic location for Indian businesses that are keen to gain market access to Central, South and North Americas, as well as the Caribbean. “So there is a lot of business sense for the Indian investors,” says Frank Hans Dannenberg Castellanos, Ambassador of the Dominican Republic to India, in an exclusive interview with Sourcing Hardware. Castellanos, who is also the Dean of Diplomatic Corps in New Delhi, discusses the growing India-DR relations, and the regional and global developments and the consequential business sentiments.

How do you want to attract Indian investments into DR and in which sectors?

Ever since we have opened our diplomatic mission in India, the trade with the country has increased dramatically from $2 million to $20 million in the first year of my posting in the country to now over $2,250 million. The numbers are growing in gold, textile, pharmaceuticals, and scrap metal. We are selling cigars, rum and gold to your country. India is selling drugs and pharmaceuticals, furniture, transport equipment, among others to the DR. We have a lot of Indian businesses like call centres. There is an increasing desire to boost Indian investments in the DR.

We will host a business delegation, coordinated by the Confederation of Indian Industry, to our country in May. We believe that there are a lot of opportunities for Indian hotels to grow in the Caribbean as the Dominican Republic is one of the biggest tourist destinations in the region, after Mexico. We are receiving over seven million tourists a year. In the DR, I see that a lot of products that you showcase in your magazine can be used by the hotel industry. I believe that Indian hotels should look and grow beyond India and the subcontinent, and look at the Caribbean, which is an important destination that receives tourists from the US, Canada and Europe.

Why do you believe that DR would be an attractive destination for Indian businesses?

What kind of investments are you eyeing from Indian firms?

We want to expand trade with India; there is no limit or cap. The more we can trade with each other, the better. I think that distance is no longer an issue. There are no limitations to the cargo that can be shipped between the countries. Every day, our embassy is adding facilities for Indian nationals like granting more visas to them. For example, Indian nationals possessing the US, the UK or Schengen multiple entry visas that are valid for more than six months, do not need a visa to visit DR. India has also provided the electronic visa (e-Visa) programme for DR nationals visiting India, although India does not have a resident mission as of now; they are in Cuba, covering the DR. We hope that the Indian government opens its promised embassy in our capital Santo Domingo. We want to grow our relations with India, politically, commercially, and people to people contact. When the Indian mission opens in the DR, more opportunities will unfold for Indian businesses.

Your country has signed an MoU with India on co-operation in renewable energy. You have also joined the International Solar Alliance (ISA). What is the progress?

Our country has a mandate to try to find other sources of energy. We are very much dependent on oil. Our main oil provider is Venezuela, which is now going through a volatile political situation. So, we definitely want to increase our other sources of energy. That is why we became part of ISA and signed the MoU, and we also hope to attract energy-related companies from India into the DR.

What is your assessment of the recent spike in tensions between India and Pakistan?

Every country that is present in India with a resident mission wants peace in the region and does not want any issues escalating like the ones that almost escalated recently. We have seen restraint from both sides. We are definitely against terrorism and any terror act in any part of the world. And we hope that the region maintains harmony and peaceful relations among neighbouring countries so that it does not affect growth dynamics that India witnessed in the last ten years. I think that it is in the best interest of both the parties and all countries in the region to maintain peace.

As the Dean of Diplomatic Corps in New Delhi, what are your observations about the diplomatic community’s view about the situation in the Indian sub-continent?

I think that the diplomatic community was worried like every citizen of India. We were hoping for de-escalation of the situation which has happened. All the countries in the region have strongly condemned any terrorist act. We cannot take sides, because many countries have missions in both the neighbouring countries. I do not think the diplomatic community is here to make statements in favour or against one or the other country, but, we definitely try to put pressure via international relations so that peace is maintained.

Will your country support permanent Indian membership in a reformed UN Security Council?

Our political relations are very good. We are now elected in the UN Security Council as a part of ten non-permanent members and supported India in many cases. Our policy is to support India in many ways. We believe that there is a need for reform in the UN Security Council. We have mentioned this many times in the past. We supported India in statements in the past.

You have served your country for over 13 years. How do you reflect on your tenure in furthering India-DR relations?

When I came to India, we did not have an embassy. Most people did not know about the DR. As a matter of fact, they always confused the DR with Dominica, which is associated with the Commonwealth. There was more awareness about Dominica among Indians as it is a cricket playing nation in the West Indies. The DR is larger in size and population than the tiny island of Dominica. Now there is more awareness about our country. My President visited India in 2010; we have had high-level visits from India to the DR. We have had many people to people contacts in education, business, and cultural exchange.

There is also a greater interest shown by India to be present everywhere in the world, whereas earlier the stress was always on Europe and neighbouring countries. In the last six years, I can see an increase in Indian interests in Africa, the Pacific, and Latin America. I think that in this sense, the present government has been a lot more active.

I hope that Prime Minister Modi who went to Argentina to attend the G-20 Summit will make an extended visit in the region, not only to big countries in Latin America but also to smaller countries that have a presence in India. Despite their small size, the Caribbean countries have a significant Indian diaspora, with a vote in the UN. They now look at India as a possible trade partner. The many Caribbean and Central American countries have their missions in India, and I hope that Latin American nations keep growing their presence in India; Honduras in Central America has already expressed interest in opening its mission in India, and I believe, so has Jamaica in the Caribbean. I think that India is also working towards growing her presence in the Latin American region, as she has become more active with an increasing number of diplomats in the region. The Ministry of External Affairs of the Government of India has improved on how they outreach and approach countries of the region where there are no resident missions.