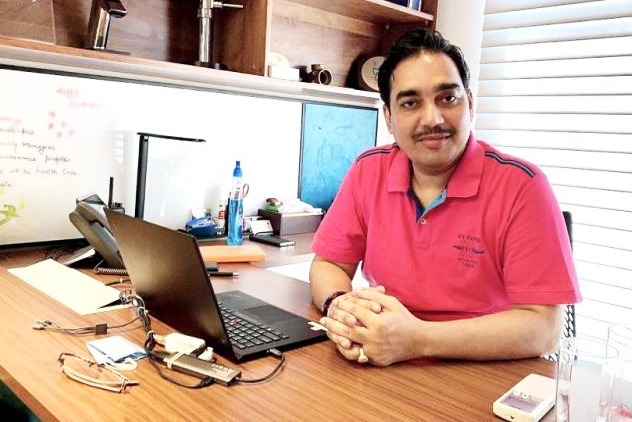 Sustainable restroom solutions major Sloan India Pvt Ltd, subsidiary of American parent Sloan Valve Company, has announced the promotion of Anup Kumar Tripathi as general manager – India operations. In his new role, Tripathi will head India’s business operations and work to strengthen the Sloan brand while growing business across the country. He will report directly to Parthiv Amin, chief sales and marketing executive at the Sloan headquarters in Franklin Park in the US, the company said in a press release.

“As one of the first team members, Anup has helped build our organisation from the ground up, creating a robust team in the newly-opened office at Gurugram. In this new role, Anup will oversee daily business operations while developing and implementing long-term growth strategies to increase the company’s market share. With rich experience in the segment, I am confident that he will take the company to new heights. My congratulations and best wishes to Anup on the new role,” Parthiv Amin, chief sales and marketing officer, Sloan said.

Also Read: We are ready for a Touch-free Future, says Sloan India Chief

Water Conservation is in our DNA: Sloan India’s Anup Tripathi

Tripathi joined Sloan India in 2016 as the country head and has spearheaded the sales and marketing functions of the company. In his previous role, he implemented some of the most “prestigious” projects for Sloan across the country. These projects include Infosys Campus in Bengaluru, World Bank and the US Embassy in New Delhi, Taj Coromandel in Chennai, KIA Motors showrooms pan-India, Lokhandwala International School in Mumbai, among others.

Before joining Sloan India, he was associated with some of the premium faucet brands in India such as Tropical Industries International, Hindware, and Jaquar and Co. A veteran in the plumbing industry, Tripathi brings with him a rich experience of over 20 years. An alumnus of Agra University and Poorvanchal University, he holds degrees in Mechanical Engineering and Business Management. He is a multi-linguist and fluent in five languages – English, Hindi, Sanskrit, Urdu, and Italian as well as learning Spanish in his spare time.