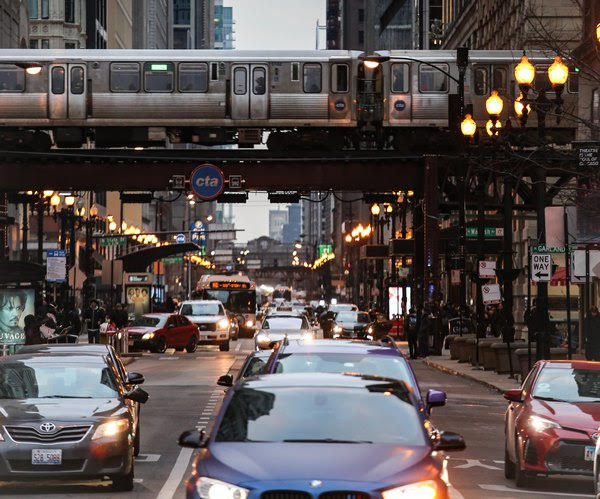 India’s urban population is expected to exceed 550 million people by the end of 2030, and the burden on urban space in the country’s bigger cities will be mind-boggling. One of the biggest concerns urban planners and real estate developers face today is ensuring that people can still travel by public and private transport. Many real estate destinations will become inaccessible urban islands without adequate provisions in this regard. This author calls for the urgent adoption of transit-oriented development.

Economic progress always requires the smooth movement of people, products and services. Our cities thrive because of inward migration, but the story doesn’t end with people arriving. They must be able to commute to work with reasonable ease. They must be able to reach hospitals in time, send their children to school or attend college, and shop for their daily needs.

Housing availability is not a big issue in big cities like Pune, Mumbai, Bangalore, Chennai and Delhi-NCR. There is plenty of existing and upcoming residential supply. The biggest challenge is urban mobility, and there is only one feasible solution to this conundrum: Transit-Oriented Development (TOD).

What is Transit-Oriented Development?

Transit-Oriented Development is a realistic model which can tackle many problems in one go – inhuman commutes, fuel wastage in traffic jams, pollution, and overall troubled quality of life for citizens. While it can take many different shapes, TOD targets walk-to-work or short drive-to-work solutions, fast access to public transport and reduction of personal vehicle dependence, quick access to daily living requirements and emergency services, and well-researched development management.

Can India succeed with Transit-Oriented Development?

However, as in most proposed Central government initiatives, there can be reality gaps. While the overall governing guidelines would be the National TOD policy, it is up to individual states and Union Territories to adopt and implement it at the local level.

Urban local bodies and specially-created local communities must work together with government agencies to ensure that the proposed measures are implemented in the intended spirit. Also, TOD projects are highly capital-intensive. To be viable and sustainable, such undertakings must operate on a PPP (Public Private Partnership) model to ensure sufficient financial participation.

In recent times, local news in Pune has been rife with the increasing outrage of citizens over chronic traffic bottlenecks, which make their lives miserable, hyper-expensive, and an overall hazard to their well-being. On the surface, the rapid absorption of peri-urban areas previously governed by Gram Panchayats into the city’s corporation limits is positive – the city’s urban borders are widening.

But the real challenges of increasing urban spread are quick to follow when no planning is applied. The PMC has been unable to provide urban facilities to these areas, resulting in a lack of dependable water supply and dilapidated, narrow roads which have not been widened. These areas are also beset by unauthorised construction, which makes deploying improved road infrastructure almost impossible without direct action against them.

Under such circumstances, Pune’s aspirations to be numbered among the model Smart Cities – which focus heavily on Transit-Oriented Development – is a distant dream. Most of these areas are seeing a heavy influx of people employed in nearby IT, manufacturing and services hubs which take advantage of the lower housing prices in these merged areas.

The city’s BRTS routes have yet to ease public transport issues successfully. While the Pune metro does eventually promise to reduce commuting problems, it has so far achieved very little on this front. Additionally, its ongoing construction adds to Pune’s traffic woes.

The upcoming Ring Road is one light at the end of the tunnel towards a realistic TOD future. This ambitious road infrastructure project will interconnect six national highways in the PMC. The Pune Metropolitan Region Development Authority (PMRDA), under whose auspices this critical new road infrastructure is taking shape, also plans to create new residential and commercial hubs along the Ring Road.

The Pune Ring Road will give shape and form to the city’s TOD adoption. Untold thousands of citizens will be able to commute to and from work with far greater ease, be subjected to significantly decreased air pollution, and finally be able to rely confidently on public transport.

India’s cities are essentially unplanned entities – they grew around local economic dynamos and spread. There are few examples of actual urban planning in the country. Only cities like Chandigarh, the Pune Municipal Corporation (PCMC) and Navi Mumbai have succeeded in creating and adhering to urban planning masterplans that can support Transit-Oriented Development. Implementing this futuristic real estate development model will be highly challenging in a mess created over the decades.

Nevertheless, there is no doubt that TOD is the only rational way forward if urban mobility is to be maintained and increased. The country is urbanising at an astronomical rate. According to the statistics site Macrotrends, India’s urban population was 493,169,259 in 2021 – up by 2.32 per cent over 2020. Similarly, in 2020, it had increased by 2.32 per cent over 2019 and by 2.33 per cent the year before.

These people will need homes to live in, workplaces to work in, and roads to connect them there. Simultaneously, India’s ambitious commitments towards controlling climate change with CO2 emission reductions call for hugely improved road transport facilities.

The writing is clearly on the wall. Migration from rural to urban areas and city limits expansion wherever possible will continue. We must prepare for a future of either completely deadlocked, polluted and unliveable urban grids – or successful implementation of  Transit-Oriented Development.