How Skillveri is Transforming Building Skills 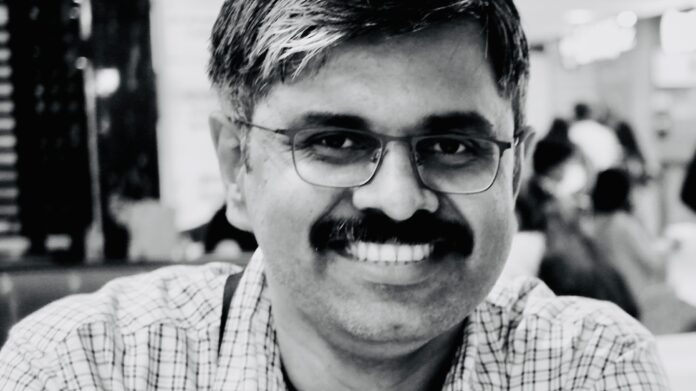 The infusion of technology in skilling is making traditionally non-aspirational trades attractive to the youth. Chennai-based skilling start-up Skillveri Metaverse & XR Simulations has shown that through the application of VR tech (virtual reality), it is possible to dramatically reduce training time, and train large numbers of students at low investment and in clean environments. By applying the concepts of immersive reality (commonly referred to as metaverse) to training, Skillveri is transforming building skills such as painting, welding, HVAC repair and solar panel installation. It is also causing a shift from labour-based to value-based costing in contractual work.

Skillveri’s recent partnership with Nippon Paint India, to train painters in the art and technique of mechanised painting and equipment maintenance, is a marquee use-case for tech-driven learning.

Sabarinath C Nair, founder and CEO of Skillveri, says that together with Nippon Paint they are aiming to train 20,000 painters through the use of VR-based simulators. “We believe that the use of immersive reality will make skilling more aspirational for youngsters as they are quite tech-savvy. We hope to bring about a change in the mindset of learners as well as employers, as technology-driven training offers better ROI to both.”

Skillveri’s Chroma spray painting simulator was launched in 2018. This VR device comprises a spray gun fitted with sensors and a headset module that immerses the user virtually into the paint setting. The headset lets him visualise his actions as he goes through the sequences of tool selection, surface preparation, spraying, cleaning, etc, all without using real consumables like paint. “In a movie, you get to experience the setting in a 2D or at best 3D view. However, with VR you are inside the scene and your actions mimic the actual act of painting,” Sabarinath says.

Virtual simulation enables detailed analytics, as the actions are recorded and can be matched with preset standards for objective assessment. Test parameters include the distance from the wall, wrist angle, slant of spray, movement speed, material consumption, etc. Once a certain level of dexterity and process cognition is achieved through simulation, the student is then made to practice with real materials, tools, and equipment.

Asserting that there should be a judicious mix of simulated and training with real equipment, Sabarinath says that at Skillveri they have perfected the ratio for each type of exercise. “We have found that on average a blend of simulation and real training in the ratio of 3:1 is optimum for retention of learning. This will lead to significant savings in the cost of equipment and consumables, as well as training duration.”

With the mainstreaming of virtual reality, the cost of hardware (headset, hand devices) has been falling, thus making the proposition sweeter for training institutes. Earlier, institutes would typically invest in one simulator, which could be used by one student while the rest of the class waited. Now the hardware component of simulators cost as low as Rs 50,000 per set, which allows investment in several sets at a time, enabling institutes to engage 20-30 students during a day using a software as a service (SaaS) model proportional to the benefits.”

It is also acknowledged that the use of quality simulation equipment can lead to 90 per cent accuracy in the prediction of assessment scores of learners. “A good score on the simulator guarantees a good job done in the real world.”

ALSO READ: There’s Going to be a High Tide in Building Skills

Interestingly, Skillveri’s SaaS business model, which it developed in 2020 for overseas markets, allows clients to source their hardware locally and subscribe to its proprietary training software. This innovation, says Sabarinath, is giving training institutes increased flexibility, as with the same hardware they can offer a wider curriculum to their students. “In the US our clients were also sending the headsets to students’ homes during the lockdown!”

The other disruptive innovation from Skillveri is its software running on standard portable 3D headsets, which equips paint applicators to scan the walls in a given space, calculate the paintable area, assess the amount of paint required as well as the time, and also provide visualisation to the client.

This solution, according to Sabarinath, not only allows painters to make accurate estimates quickly but facilitates decision-making by the client so that the job is completed as per schedule.

Sabarinath says that the Nippon-Skillveri initiative aims to bring about a shift in mindset from ‘per day’ to ‘per sqm’ costing. “There is a high cost to low skills. Yet, in India, we are unfortunately drawn to the lowest cost of labour. This is a defeatist approach. Not only does it attract the least-skilled worker, but also increases the risk of incorrect installation and damage to equipment. Simulation-based training and mechanised painting will benefit all stakeholders, be they painters, customers, designers, and material providers.”

When Skillveri was incubated at IIT Madras in 2012, it set out to close the skill gap by using technology to disrupt cost structures and legacy timelines. “The demand for training was always there. Artisanal skills and crafts have always been a part of our ancient culture. Unfortunately, over time the preference for paper degrees over practical training within our education system has left us with a huge skill gap. It is no wonder that just 4 per cent of our population is adequately skilled, unlike 75 per cent in Germany and 96 per cent in Korea. But things could be changing for the better.”

“The programs being implemented by the Paints and Coating Skill Council, Automotive Skills Development Council, and Capital Goods Skill Council, with whom we have been working closely, are likely to bring about a change in the way skilling is perceived and delivered. The Worldskills competition too is inspiring the youth to excel in some skill and get recognised.”

In 2013 Skillveri developed its first product, the AURA welding simulator, that enabled operators to learn the art of welding within one month, as against the three months required in traditional physical training. It also allowed trainers to do a step-by-step analysis of the hand movements of the worker and provide objective assessments.

The AURA caught the fancy of the industry, as the ITIs of the time could not keep pace with the growing demand for trained welders in India. Feedback from the industry and an innovative spirit led Skillveri to launch the Chroma, which went on to become the world’s most used training equipment in the painting trade.

According to Sabarinath, growth in the home improvement sector in India is being held back because of low mechanisation. “I believe there is a big opportunity in this space, as less than one per cent of the decorative paint contracting is mechanised. We have found that painters are interested to learn the techniques of spray painting and mechanised wall scrapping. Even customers are looking for faster methods. The emergence of aggregators in the home services sector like Urban Co and Aapkapainter is an indication of how the sector could evolve.”

Sabarinath envisions the emergence of skill cafes, where people can assess their aptitude for various trades and undergo simulated training, without having to face the bias which is often seen against the female gender or in favour of cliques. Also, the linking of skill scores with Aadhaar, so that there can be a universal, verifiable grading of worker abilities. “I believe that this would lead to more diversity in our skilled population. Diversity positively impacts the socio-cultural environment at the workplace.”

There’s Going to be a High Tide in Building Skills